The HEC Paris Africa Club was part of the organizing team behind the first-ever African Leadership Forum which took place on September 8. Underwritten by the World Bank Group’s International Finance Corporation (IFC), the Saturday event drew a full house for debates on disruptive technologies, women entrepreneurs, agribusiness, infrastructure gaps and diversity in Africa.

“In my books, there is nothing more urgent than bringing Africa’s top minds back to the continent, both in the finance and management worlds.” Outside the large amphitheater of the Pullman Hotel in central Paris, Stephane Nuetsha, president of HEC’s Africa Club, underlined his overriding ambition to halt the continent’s brain drain. And the Cameroonian aims to contribute to this return once he pockets his own MBA in June. “These kind of forums can only help reverse the tendency for our leading lights to go for the best education one can offer in the Western world and never return. We’re here to show that there are enticing alternatives back home.”

The pickings were rich for those attending the forum, as high caliber panelists and keynote speakers grappled with some of the vital economic and financial questions dominating Africa. HEC’s involvement went beyond its MBA Africa Club, with academics, Alumni and current students involved or following the debates. HEC 2000 graduate Christian Kamayou shared his long experience in helping African startups find investors, succeed and grow; Emeritus Professor Charles-Henri Besseyre des-Horts produced his trademark mix of knowledge and humor in chairing the final panel “Cracking African Talent Challenges and Enhancing Diversity”. The speakers included a former HEC student of his, Bintou Konare, who, since graduating in 2014, has taken on the challenging role of recruitment and HR director for Bolloré Africa Logistics.

Talent2Africa,a digital recruitment platform matching talent with jobs in Africa, organized much of the Leadership Forum. On the eve of the daylong meeting, its representatives put forward stark statistics justifying its creation in 2016: 90% of African CEOs are concerned about the talent available to them whilst seven out of ten qualified young workers are having difficulty accessing opportunities in Africa. “We wanted to change the whole recruiting game,” explained the platform’s founder Chams Diagne as the forum closed. “Our approach is both on and offline. We start the ball rolling with a selection process which is highly selective in terms of qualifications and motivation. But then there is the human quality we encourage with recruitment drives like the one that preceded this forum.”

The morning leading up to the forum had indeed been devoted to a well-attended recruitment session organized by and for the IFC agency. Roughly 20% of the candidates vying for posts dotted throughout the continent were from HEC Paris, IFC’s current policy aims at attracting nationals of Sub-Saharan African with a strong educational grounding in finance and management. “76% of young Africans in the diaspora want to get involved in their countries of origin,” insisted Diagne.

“We are looking for innovative thinking and talented people who are committed to our development mandate,” added Sérgio Pimenta, IFC Vice-president for the Middle East and Africa. “This is why IFC and its partners convened the African Leadership Forum, which has been successful in attracting skilled and dedicated professionals from Africa and other continents.” Pimenta underlined the importance of such fora in bringing together a varied spectrum of participants – including leaders, business professionals, young entrepreneurs, job-seekers and students. All share a passion for Africa and development. “At IFC, we recognize that to achieve our ambitious development goals in Africa we need to leverage the pool of African talent on the continent and around the world. For this reason, we are seeking experienced professionals and young graduates with a strong academic record. We are pleased to be partnering with several leading business schools including HEC that are incubators of excellence with a global reach.”

In June, Mr Pimenta’s agency committed $60 million to support the Bank of Africa Group’s loan program for small and medium companies established in eight African countries. This adds to an overall record of investsments estimated at over $25 billion in African financial institutions since its inception in 1956. The agency hopes such policies will offset last year’s criticism over its indirect involvement in disputed transfers of 700,000 hectares to foreign investors. Its current long-term investments in Sub-Saharan Africa paint another picture: in the fiscal year ending in June 2016, IFC’s clients supported over 250,000 jobs and reached nearly 1.3 million farmers. “IFC will play a leading role in Africa’s private sector development,” its pugnacious Regional Director for Sub-Saharan Africa, Cheikh Oumar Seydi, predicted in front of a lively forum audience.

African Businesswomen Take to the Fore

Oumar Seydi was one of a dozen top-notch keynote speakers invited to the event. He brought to the fore a personal experience of more than 20 years in regional development in Sub-Saharan Africa. It was, actually, the depth of talent present at the forum that mostly impressed the IFC’s former director of human resources for Central Africa. “It’s amazing how much talent we’ve seen here, especially amongst the youngsters,” Seydi confessed after the conference closed. “The role of business schools like HEC Paris is to make sure we have access to these talents, to open its doors to our recruiters.”

Women were part of the talents that were actually present at the event. Not only did they dominate the entrepreneurship panel but they also participated in all the debates about finances and investments . “It’s not every day that you see four out of five panelists made of African women, from Senegal especially. It’s an encouraging indicator for the future,” noted Christian Kamayou, founder of MyAfricanStartUp.

All Hands Needed on Deck

One of the speakers was young co-founder of Le Lionceau, Siny Samba. Her Senegal-based company specializes in the production of food for babies. Leaving behind a promising career at the Bledina infant nutrition company, Samba invested in a highly-ambitious project designed to improve the nutritional intake of her country’s young children. She prefaced a dynamic panel debate entitled “Advancing the Role of Women Entrepreneurs in the African Society.” It included the articulate Eme Essien Lore, IFC Country manager for Nigeria. Essien praised women entrepreneurs for always making their repayments on time but warned them about being more ambitious when requesting loans for their projects. “There’s too much lowballing in that department.”

After the afternoon session, Eme Essien praised the organizers of the event before insisting that so much more needs to be done. “It’s all hands on deck nowadays to answer the contemporary challenges in Africa,” she said. “I’m happy to see how committed the Africans from the diaspora are. Things have changed since my MBA days when everyone wanted to work in the US after graduating. The Alumni are seeing opportunities to go back home and institutions like IFC are evolving to better accompany them. At business schools in the West, these future business leaders have come across best practices and  rigorous testing of their skills toolkit. And they’re answering present.” Essien encouraged the growing tendency for Western business schools to bring their expertise to Africa. “Opening up offices and campuses on the continent allows them to apply their teaching to local realities, touching both students and executives with guidance of the highest standards. I just hope they also bring with them student bodies from the entire world to create truly international campuses.”

Meanwhile, Aliou Maïga noted the rich mix of professionals and highly-motivated students at the forum. “It’s rare to find such a meeting point between the two worlds,” observed the leader of IFC investment operations in the financial sector across Sub-Saharan Africa. The veteran hails from Mopti, northern Mali and he had just provided a rousing closing speech to an audience that was as present at the end as at the beginning of the afternoon conference. In these closing remarks, Maïga insisted that interest, curiosity and passion for Africa are more important than the academic background candidates bring with them when applying for posts. “We grew IFC because we saw the difference between perceived and real risks,” he told the participants.

After the event closed, Maïga noted the commitment of the participants at the forum. “The participants are at a stage in their lives where they’re exploring new horizons with no prejudices or clichés clouding their judgment. I found them so mature in looking at the options available to them when tackling the great challenges we face. To be honest, I really didn’t expect this degree of interest from MBA graduates in France. The commitment by women in the financial and managerial sectors impressed me, too. They underline what Barack Obama once conveyed: if you ignore half the population, you sabotage your nation’s future. So Africa needs to think about how to integrate and invest in Women in their drive for growth.”

“All in all, the forum was very refreshing to me,” he concluded. “Now we need to harness all this talent.”

Drones take to the African Skies for Farming Communities

A talent that Aliou Maïga and many of those attending the event identified in the shape of Joseph-Olivier Biley. The Ivorian entrepreneur co-founded Wefly Agri in January 2018. The company offers farmers drone-enabled technologies and services aimed at overcoming the chronic infrastructure gaps that plague the continent’s agriculture. Following up on a lighthearted promo film, Biley mapped out the software revolution he believes Wefly will bring in a sector that will only meet 13% of the needs by 2050 if these gaps are not bridged. “Thanks to our drones, you have your farm in your pocket,” he explained in a seamless and note-free presentation. “We provide both a birds-eye vision and an on-the-ground expertise.  We already have 11 countries interested in our services but we decided to first focus in Ivory Coast and, soon, South Africa. We offer a remote employee management tool that is also designed to overcome the illiteracy challenge.”  Indeed, with over 80% of Africa’s agricultural products being produced by smallholder farmers, the question of the drone technology’s low cost and ease-of-use are central.

After the forum, Biley was quick to underline the importance of these events. “It’s rare to meet representatives from such different domains, all driven by the same goals,” he  said. “It has allowed me to have wonderful feedback on my company and, at the same time, it’s given us good visibility. Righ now, our focus is on South Africa. We are signing contracts in October and hope to begin work there early next year.”

What about the role educational institutions can play in joining the drive to answer Africa’s business challenges? “Education is at the heart of the revolution we hope will take place,” fired back the CEO whose own academic career had taken him to Paris, London, Chicago and San Francisco. “At the moment, we rely on schools outside of the continent since that’s where the best teaching is found. African institutions are good but they haven’t reached the academic levels we need. You know change can be a scary thing, so we’re starting education courses within our premises to prepare future leaders for that change.  We’ve started what I call Internal Training Sessions at Wefly, aimed at sharing the knowledge we’ve acquired abroad.”

Joseph-Olivier Biley’s also hopes to tap into the growing tendency to invest the continent with academic excellence. Or, to put it in the words of Chams Diagne: “All of us here are building a sleek car with a strong engine to exploit business opportunities in Africa. But it’s the business schools that provided the car with gas. And we’re here to perpetuate their investment in the continent.”

You can also read Diaspora tempted to return to Africa 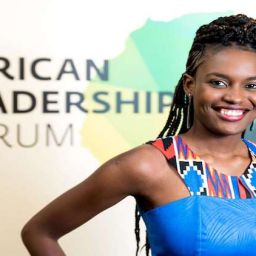 the African diaspora tempted to return to Africa

Although companies are desperately looking for talents, from Dakar to Lagos, the young graduates from the African diaspora very often dream about going back to Africa.

The challenges of finding and recruiting the right talents in Africa has been the center of discussions during The African Leadership Forum(ALF).